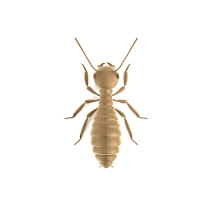 Are you having trouble with Termites?

There are about 4,000 species of termites. Termites are identified in 3 classifications, the reproductive, soldiers and workers. Reproductive termites are the future king and queen. They have wings and developed eyes and flies to a suitable area to start a new colony during swarming season. Then we have the worker termites, they are the majority termite caste in the colony. The workers look pale white in appearance with soft bodies with two pairs of mandibles. Their responsibility is to forage and gather for food, feed the queen and nest maintenance. Lastly is the soldier termites, they defend the colony from intruders especially ants. They have large head that is orange in colour and two powerful mandibles used to crush enemies. Their bodies are slightly light brown in colour and they have no wings. Termites are tiny eusocial insects that live in massive colonies. They play a major role in our Eco social environment as they do a lot of nutrient recycling, soil formation, and habitat creation. Their abandoned mounds provide a natural home for plants, animals and other organism. In civilized communities they are not wanted as they cause billions of dollars in destructive damaged in homes, crops and plantation forests. In the wild they feed on dead plant material or any material containing cellulose, animal dung, and leaf litter. Because of their eating habits, termites are a threat in civilized communities. They eat through a home and cause major damaged in less than 3 months undetected until visible damage to the structures surface is noticed.

During swarming season both male and female reproductive fly to a suitable area to establish a new termite colony. Once the area is found, both will shed of their wings and start to mate, swarming season is usually triggered by constant rainfall. The queen’s major role is to lay eggs through out her life. She will lay about 20,000 eggs a day and her body size will increase twice her normal size. She and her eggs is then cared for by the worker termites. The king termites role is to just mate with the queen for his whole life.

Termites build their nest under ground, in areas with high moisture levels. They build mud tubes to help them avoid exposure to the harsh environment and heat of the sun as they forage for food.