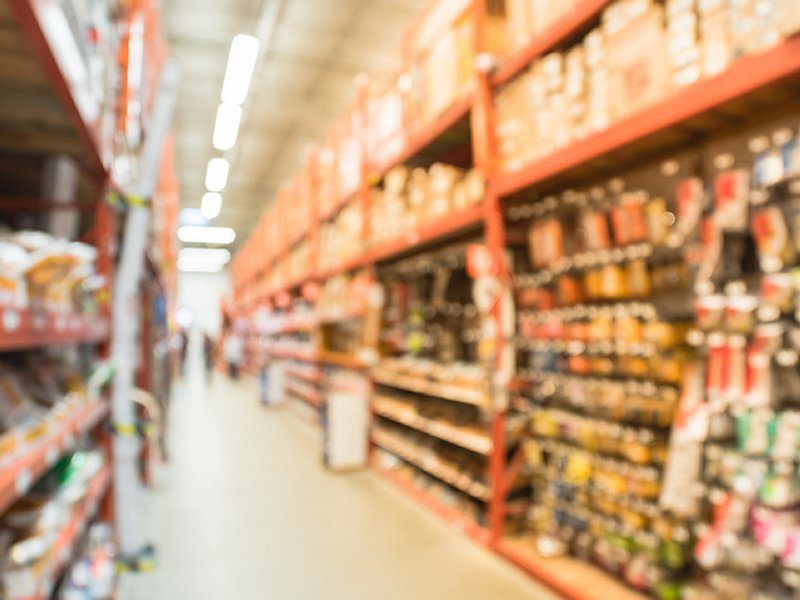 We were called out recently to see a client that had been experiencing recurring termite troubles over the years. This particular client wasn’t new to us -he’d called Pest-Ex to do termite inspections on his home regularly, however this particular homeowner always insisted on trying to treat the termites himself. Even though we had repeatedly found termites in his fence, his garage, and even more recently, his lounge room.

When we inspect a property, we always recommend a course of professional treatment to eliminate any termites we find. We also offer solutions to prevent them from coming back. Unfortunately, this homeowner decided he wasn’t interested in any of that. Instead, he would use a product that he’d purchased from the hardware store. Essentially what he was doing was finding termites, spraying them, then calling us out to perform an inspection.

Of course this was utterly pointless, because by the time we’d arrive, the termites would have abandoned the treated area and moved somewhere else. This went on for months, until of course – it ended badly.

The termite treatments you can buy from a hardware store kill the termites immediately on contact. They are usually bifenthrin or imidacloprid based products and work in a similar way to a fly spray. Basically when it comes into contact with the termites, it kills them.

One of the issues with this is that termites have a natural sense for when they are in threat and will completely abandon the area as soon as a region is treated with a repellent type spray. When it dries, it’s got no residual effect whatsoever. By the next morning, the termites have either abandoned the area where it was wet and come up a metre or two away. Or they abandon the area and come up on the other side of the house.

A homeowner may be killing 500 termites in his wall using a spray from the local hardware, however, what they fail to realise is that the nest contains millions of termites. It should also be noted that each day, a colony will produce a further 2,000 to 5,000 termites. 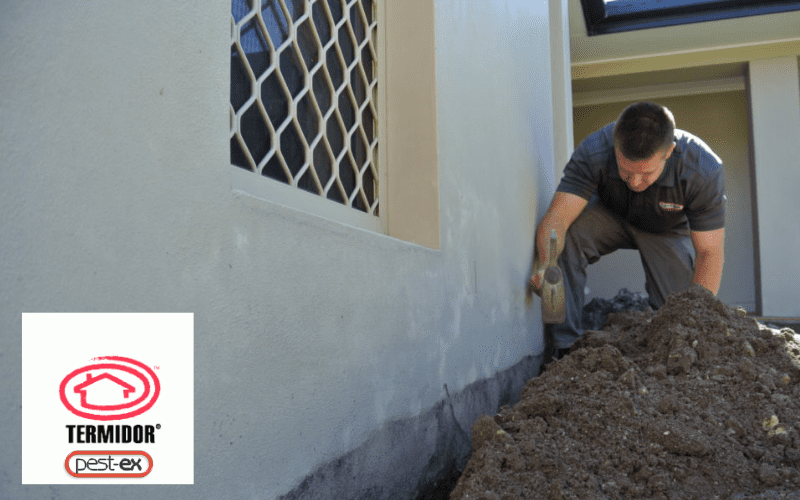 Instead, we use a product called Termidor, which has a transfer effect. Termites are not able to detect it, and they pass it on to the other termites in the colony. In this way, we can eliminate the termite activity entirely. Termidor costs half the price in the long run of the DIY chemicals, and it’s a permanent solution.

What our inspection revealed

When we were called back to inspect the property, the homeowner told us he had used a DIY product containing bifenthrin in the wall on the second floor, where he’d found termites. He told us all the termites were gone, but he wanted to make sure.

We performed a full termite inspection. Using an infrared camera, we found that the colony had abandoned the treated area and moved just one metre away. The coptotermes termites (also known as subterranean termites) had already started to form a sub-nest next to the area he had treated.

We’ve been trying to explain to this homeowner why DIY termite treatments don’t work for several years.  All he was doing was moving the termites on. He’s had a constant problem year after year of termites returning, and it’s the same colony. The same species of termite appears in his property once or twice a year. He finally agreed to treat the property with Termidor to eliminate the termite colony and install a full perimeter termite barrier around the property.

Unfortunately, the damage to his property had been done. It cost him $11,000 for a new upstairs bathroom. The upper floor joists were completely eaten out by termites, which he couldn’t see until he lifted the floorboards. All the flooring had buckled. The floor joists had been eaten out, and because the floor bowed and bent down due to the pressure, it had broken the waterproofing membrane.

Homeowners think they are saving money by doing DIY termite treatments, but this case shows just how devastating the consequences can be. Even worse, termite damage isn’t covered by home insurance. This homeowner had a big bill he was liable for. The termite treatment cost for this home owner was double what it should have been plus the damages and repair bills incurred.

What to do if you think you have termites

Don’t disturb them or try a DIY treatment in the area. When homeowners spray chemicals, it makes it harder for us to find the termites.

Call us to perform a full inspection of the house and property, including the garden. Because the area of activity hasn’t been disturbed, we’ll have access to an excellent feeding site. It gives us a defined area to apply non-repellent. Or if we’re doing a baiting treatment, it gives us a perfect spot to start above ground baiting.

Just because you’ve sprayed the window frames with a DIY product, for example, it doesn’t mean you’re free of termites. We may inspect the property and discover they’re still all through the mulch outside, and the colony is thriving. They just haven’t had time to get back into the house yet.

The biggest misconception is that DIY termite products are all repellents. There’s no such thing as a DIY termite product that’s designed to eliminate the nest. Unless you’re eliminating the nest, you’re going to have a constant termite headache.

Book a termite inspection with us today

If you’re concerned that you might have termites in your home or it’s been a while since your last inspection, get in touch with us today. We’ll organise a time to come out and make sure that your home is protected.