“We recently found termites in our home, and have received quotes from two separate pest control companies. One suggested Exterra bait stations, the other Sentricon. Which is better?”

Excellent question Grahame. Even though they’re both designed to perform the same task, there are a number of distinct differences. Here’s a few tips and pointers to help clarify which is best and why.

Exterra and Sentricon are the world’s two most common termite bait system used by professionals. They both work slightly different, but with the same basic principle. The Sentricon system utilises a system that’s called Sentricon “Always Active”.

Originally the Sentricon system was a plastic bait station with a small piece timber in the middle which acted as an attractant. In order to perform an inspection, that piece of timber needed removing, which would disrupt the termites. This of course became problematic because it would lead to the termites either retreating from the station, or potentially spreading elsewhere. Disturbing termites is never advised as it can worsen the problem (they spread).

Sometimes you’d be able to replace the timber without causing too much disruption, and the system would work. Other times it wouldn’t.

Over the years, companies got smarter, and designs improved.

The Exterra bait stations for example, designed a much improved system that positioned the timber on the outside of the unit, rather than on the inside. This was beneficial for two reasons. Firstly, unlike the Sentricon system, the timber is in direct contact with the soil, which makes it easier (and more likely) for termites to find it. Secondly, the void within the centre of the unit is where the actual bait is placed, which means when you check each station, you simply remove the cap, check for termites, add more bait, and there’s no disruption. This of course means that termites are much less likely to spread elsewhere because they’re not being disturbed which is ideal.

When the Exterra system was released, the strike rate on termites improved dramatically.

Below is an image of the Exterra Baiting System 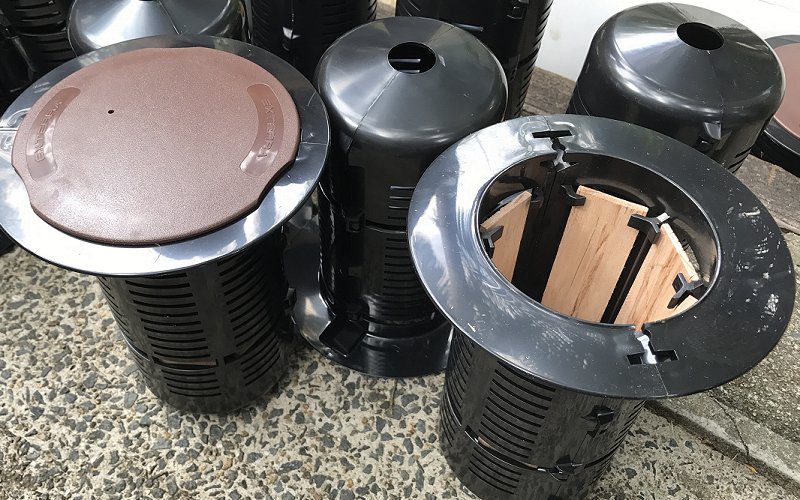 Having said all that, over time the Sentricon systems have improved significantly.  They now have a termite bait station on the market known as “Sentricon Always Active”.

Sentricon Always Active now uses what we refer to as a “bait rod”, which is comparable to a thin cake of soap. No longer do they use small strips of timber, just the actual bait. The upside to this system is of course is that it’s “always active”. If the termites enter the station and start feeding on the bait rod, that’s great. That rod is active with a specialised chemical that will affect the colony, and in turn eradicate the problem.

There is one small downside though, and that’s the size of the Sentricon station compared to the Exterra station. The Sentricon units are smaller than the Exterra units, so naturally you’re not able to fit as much bait into them.

Below is an image of the Sentricon “Always Active” System

What about bait stations for inside the home?

When termites are inside a house, we use what’s called an “above-ground” bait box. Above ground bait boxes are installed strategically in the home – usually near or around affected areas in an effort to kill off the nearby termite colony. 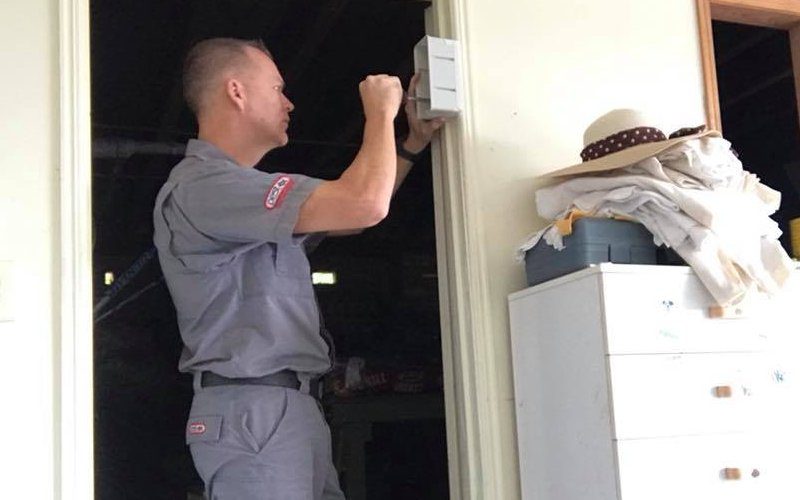 As a professional termite specialist, that’s a problem for me, because I’ve seen termites eat through one of those bait rods in three to four weeks. This of course can lead to issues, especially given that so many cheap pest control companies recommend only checking the stations every three months. This is nonsense because once the bait is gone, the termites will simply move to other areas of the property seeking food.

Personally, I still favour the Exterra bait system, because it’s serviced monthly and they have a high strike rate.

The Sentricon Always Active system is more expensive than the Exterra system, however they promote a cheaper maintenance schedule which of course suggest only performing inspections every 3 months. As already mentioned, this can lead to issues, especially if the bait is eaten from the station before that time.

When we install termite bait stations, we install them as part of a 12 month program with monthly inspections. So for example, here’s a comparison between the two.

Most homes cost around $3,000 to have termite bait stations installed, including servicing and maintenance which we’ll cover in just a moment. Obviously prices might vary depending upon the type of property, layout of the yard and the severity of the infestation etc.  Given that, here’s what’s fairly common –

For $3,000 an Exterra system will include the initial inspection, installation of the baits, servicing, re-baiting and monitoring every month for 12 months.

So which does Pest-Ex recommend Exterra or Sentricon?

For most homes, we usually recommend the Exterra baiting stations, not only because they’re more cost effective, but also because the stations themselves are larger and can hold more bait.  In addition to that, we feel that the Exterra systems are better designed. The timbers, (Tasmanian oak), are in direct contact with the ground. So naturally, as termites travel through the soil, they’re more likely to discover the bait and start feeding. It simply works better inline with the natural foraging habits of termites.

Before you install termite bait stations

A few other key items to note are that termite bait systems are safe, non toxic, so they’re safe for pets and family. They don’t have any odour and they’re simply one of the most effective methods of termite eradication on the market in Australia today. Again, successful treatment is heavily dependent upon regular inspections. It’s not worth risking a few hundred dollars to have your termite bait stations checked every 2 or 3 months.

Get them checked regularly to ensure adequate protection for your home.

Have a termite problem? Give us a call

If you discover any signs of termite activity around your home we can help with an affordable and effective treatment solution specifically suited to your home. Call us today and one of our friendly technicians will help you schedule an inspection. We look forward to working with you.