Rats in Australia: How Did They Get Here and How Can I Get Rid of Them? 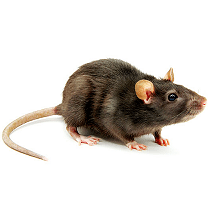 Australia is known for its diverse wildlife. We’ve got some impressive and magnificent animals in our ecosystem, from kangaroos to great white sharks to a wide range of snakes. That said, we also have several smaller and more pesky creatures who often find their way into the walls of our homes.

One of the most common household pests in Australia is rats. There are now roughly 60 native species of rats in Australia. While these tiny rodents may seem relatively harmless, they can actually pose huge health risks. Around the world, rats and mice are known to carry and transmit over 35 diseases. Not to mention the physical damage they can cause to your home by gnawing on electrical wires.

Ever wonder where these bothersome little creatures came from? Ever think about how they got to Australia and into your home? Most importantly, are you trying to figure out how to get rid of rats in your home? No dramas. We answer all your burning questions in the guide below.

How Rats Got to Australia

Research has indicated that most rats and rodents living in Australia today descended from a single species that arrived from Asia in two colonisations. One arrived roughly 5 to 6 million years ago, while the other entered roughly 1 million years ago. It is believed that one or multiple rodents came to Australia by sea, clinging to drifting foliage, such as coconut palms. According to researchers, these rats colonised Australia before humans did.

However, other species of rat are believed to have travelled with the help of human intervention. Black and brown rats, for instance, arrived in Australia with the European settlers on ships; this is exactly how these rats have spread to many other places on the planet as well. In fact, skeletons of black rats were discovered in the gun barrels of some Dutch ships that sank off the western coast of Australia back in 1616. However, it is estimated that larger numbers of black rats probably didn’t enter Australia until much later, with the First Fleet in 1788.

Brown rats are also believed to have come to Australia with the British, though there is little evidence to suggest exactly when this occurred.

How Rats Got to Your Home

Now, if we ask the question “How did rats get here?” on a more micro-scale, you’re probably asking how rats came to be in your home. You may start noticing some strange sounds coming from inside your walls (scratching, running or gnawing), or you might see some black droppings around the house. When those tell-tale signs start to appear, it’s clear that you’ve got a rat problem. But the question remains: how did they get there?

There are a few possible origins for rat infestations in Australian households. Some of these common causes include:

Once you properly identify your rat infestation source, this will help you better understand how to handle the problem and prevent a re-infestation down the line.

How to Get Rid of Rats

Now, let’s get down to the important part: if you’ve got rats in your home, how can you get rid of them? When it comes to how to get rid of rats, there are a few different strategies you can try out. Let’s take a look at a couple of the most effective:

When it comes to ensuring you and your loved ones’ health and safety, you need to act fast. If you have a rat or other rodent infestation in your home, don’t hesitate to do the necessary research on what could be causing it and proper treatment techniques. Whether it’s using poison bait, traps (live or snap), or getting assistance from a pest control company, make sure the method you choose is as quick and effective as possible.